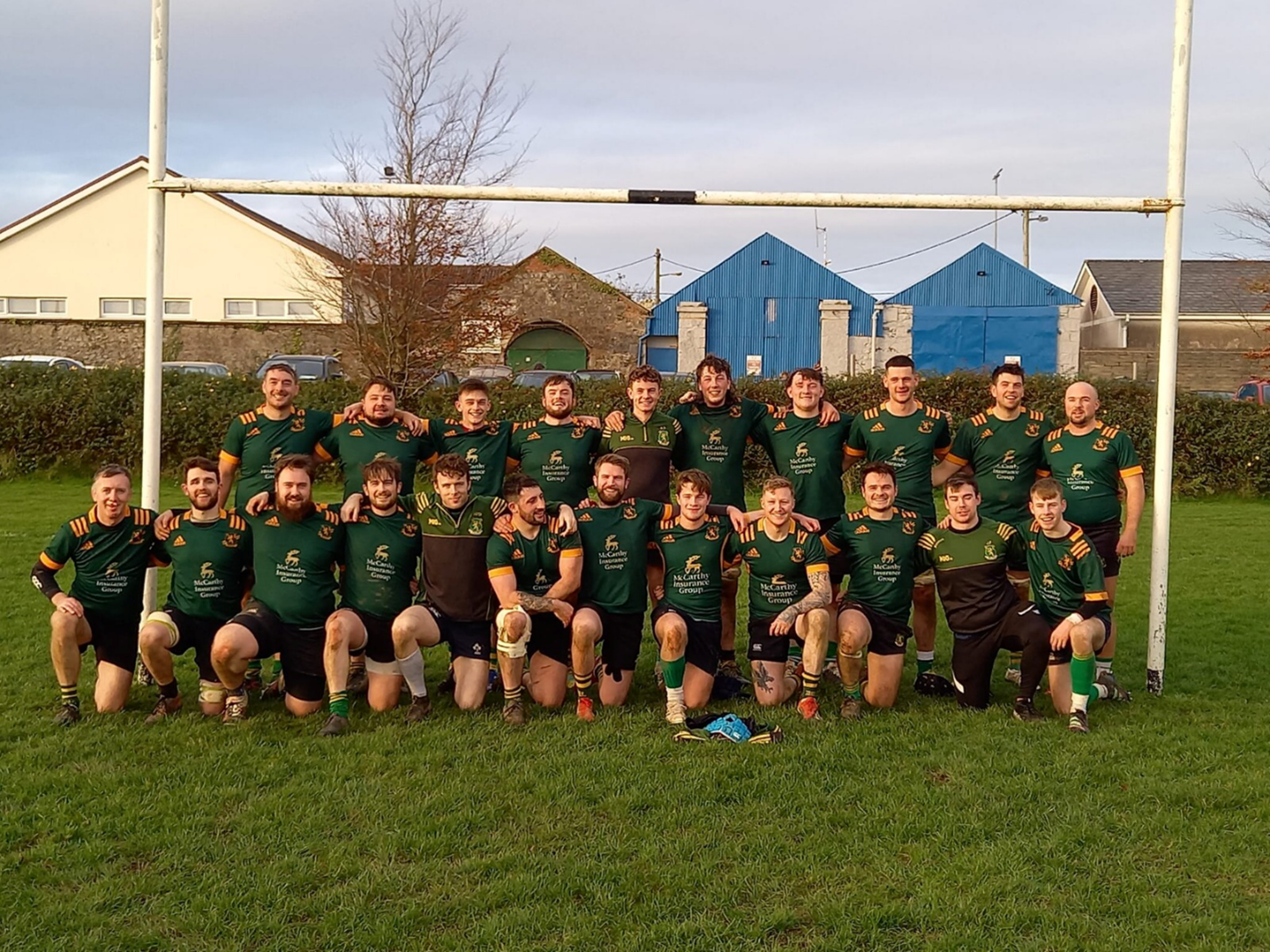 Fermoy had to dig deep to pick up their third league win of the season at home to Waterford City RFC at The Showgrounds last Sunday. Trailing 14-18 with ten minutes on the clock it looked like this one was going to slip away, but a strong finish scoring 13 points secured the win.

The opening score of the game came from good pressure by Gavin England on the visitor’s scrum half which yielded a penalty converted by Ben Twomey. Waterford City responded with a try minutes later. A great break by England brought Fermoy deep into the visitor’s half and another penalty was awarded which Twomey converted in front of the posts. Another Twomey penalty and one from Waterford just before the break had Fermoy in front 9-8 at half time. Fermoy started the second half strong and extended the lead when Peter Clancy touched down in the corner after a lovely Twomey offload. Darragh O’Sullivan had his best game of the season stepping up as the main ball carrier after the loss of Jamie Ahern to injury early in the first half. Fermoy were now on top and all the play was inside the visitor’s half, but failed to convert their pressure into points. When Waterford got out of their half they had a strong spell camped inside Fermoy’s twenty two picking up 10 points from a penalty kick and a penalty try to take the lead 14-18 with ten minutes remaining.

A brilliant 50-22 kick from Twomey gave Fermoy a chance but a missed line out call gave the visitor’s a free kick, they went for touch giving Fermoy a lineout just outside the twenty two. Fermoy won the line out and the ball came to Ian Pratt who broke though the Waterford defence to retake the lead, Twomey converted. Some excellent defence by the pack was awarded with a penalty just inside the Waterford half, up stepped Twomey with a great kick right between the posts, minutes later Fermoy had another penalty two meters inside their own half. Twomey had one thing on his mind and that was to take it on, from the moment it left his boot he knew it was over putting Fermoy ahead 27-18.

Next week we travel to table toppers Fethard RFC.