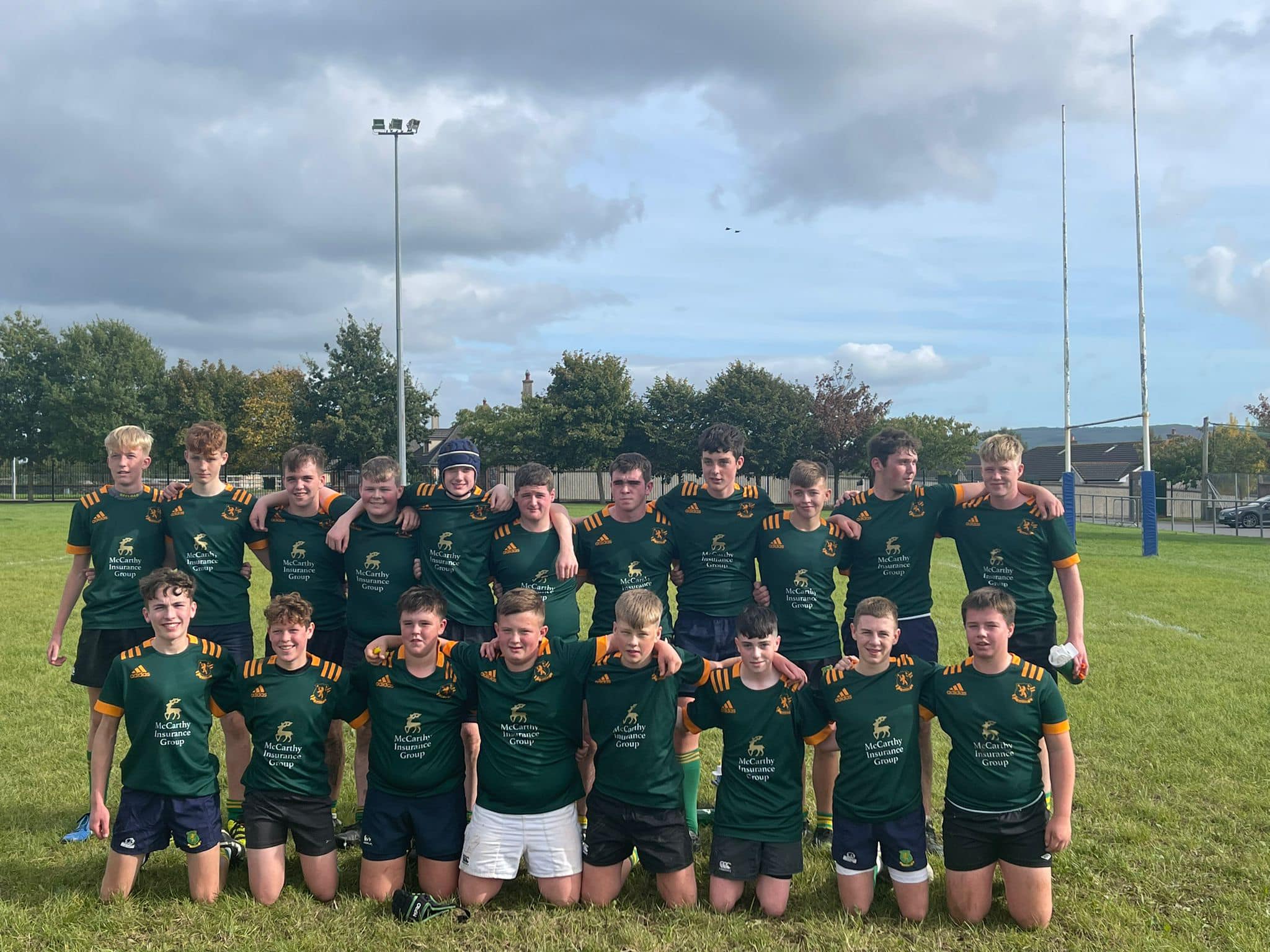 The final game in phase 1 of Munster U16 competition took place on Friday night at the showgrounds. This was to be a decider on who advanced to the cup competition. Fermoy had to call on the wider squad due to 6 of the first team out injured. Waterford City started with an early breakaway try and the outlook didn’t look good, 0-7 after 5 mins. It was like a light switch came on then and the Fermoy lads would not allow the green jersey go down without a fight. Up stepped the mighty Tom O’Neill again. Tom broke from the back of a 5 metre scrum and crashed his way over the line, 5-7.

Our pack was flying at this stage and Micheal O’Donovan, Liam Duffy, Charlie White and Eoghain Hanley were tackling anything that moved. Sean O’Flynn kicked us deep into the Waterford 22 and a beautiful lineout taken by Sean Watkins saw our top try scorer Will Hanley carry 3 Waterford lads over the line to touchdown, 10-7. It wasn’t long before Will got his 2nd try after another great break, 17-7 heading for half time. Waterford started the 2nd half much stronger and had 2 tries without reply to take the lead 17-19. Up stepped our big man Cathal Kelly. He reminded me of Tadgh Furlong in the way he carried the ball swatting lads off.

Cathal touched down under the post and Sean added the extras to put Fermoy back in front 24-19. Fermoy have now secured a place in the Cup competition where we will be up against some of the best senior clubs in Munster, the lads can’t wait. Off the field the parents and supporters didn’t let us down either.

Great support and much needed food after the game. Can’t thank you all enough for this, it means a lot to the squad. Wishing speedy recovery to the injured lads. Hope to have you all back for next round.